May the good lord be with you down every road you roam.  And may sunshine and happiness surround you when you’re far from home. – Rod Stewart 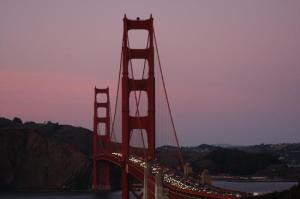 The four days of the Thanksgiving holiday give you just enough time to be thankful for what you’ve received over the past 11 months but give you just barely enough time to rest before the onslaught of the holidays consumes you.  These days we are not only hit with Christmas, but we have Kwanzaa and Chanukkah, and we also have commercially Black Friday and Cyber Monday.  If you’re in the affiliate world it just hits you all at once.  The bargains are there to be had but getting those discount codes in front of everyone is becoming more and more difficult.

Consumers are also more savvy.  They know that there is more demand for your business that ever.  I even saw one site giving away a $1000 gift certificate to their Twitter follower that gave them the right answer.  The funny thing is that this company only had 233 followers!  What odds!  Are they kidding?  They didn’t even have much of anything on their site that I wanted to buy.  I think it is funny that this promotion couldn’t even get people to follow them on Twitter.  I even just checked and noticed that they lost 3 members since I last looked.  This goes to show how brand awareness is still significant when running promotions on the web.  The social web is not as viral as it once was.  People are only following things they know and trust.  They aren’t blindly following people and becoming friends with strangers online.  It does concern me about the validity of the networks and friendships being created on sites such as Twitter, Facebook and MySpace.

Anyway, I digress as usual.  I am truly rejuvenated in thought, body and soul.  Over the holidays it hit me.  Thanksgiving really has more meaning to me because it is the holiday where I met my wife.  Where I met her 25 years ago and for that  I will be forever thankful for that fateful night.  25 years later I ran out to the bridge and soaked in the beauty of the Golden Gate Bridge and took some photos of one of the most beautiful spots on Earth.  Earlier that day I had watched my 10 year old son play golf and he played his greatest round ever, almost beating me.   In his mind he was playing golf with his dad.  In my mind I was also playing golf with my dad.  There are so many similarities between my son and his grandfather.  The smile, the giggles, the swagger, and his incredible casual demeanor….his spirit lives on in my son.  Did I mention their golf game?  Such a beauty to watch.  I only wish they could have played golf together.  Such a pair they would have made.

The holidays are tough on many and I still feel the loss of my father during the holidays.  We had some of my aunties (my dad’s younger sisters) over for Thanksgiving.  I don’t remember how it happened or what the conversation was that led to it, but we all broke down over dessert as my 75 year old aunt told me how much she missed my dad and wished he were still around.  Imagine that.  A 75 year old lady still needing the comfort of her older brother.  My sister and other aunt and I just shed a tear and for about 2 minutes as we couldn’t talk as we tried to compose ourselves before pushing on, but it was nice to pay respect to my father and remind myself of how thankful I was to be the son of a man that still emitted those emotions years after his death.  My brother-in-law who never really knew my dad I think was very touched by the scene.

I don’t know why, but that night more than ever I felt my dad with me on my run.   I felt like I was running in solitude but I ran like the wind and ran faster than I had in a long time.  Sometimes, revisiting your past I guess can just remind you of your youth.

I had a friend turn 45 the other day and I casually sent her a link to Alphaville’s “Forever Young”.  It seemed so a propos.  She responded so affirmatively that it made me smile.  Then I found Rod Stewart’s “Forever Young”.  The words rang true and all I could think is how good and motivating those words are…..enough to get me through this holiday season at least.